Welcome to my spot on the Net. Around 2008 I got my Novice license for amateur radio (callsign: PD0ALX). I lived in Sliedrecht (The Netherlands) in an appartment and had placed an ATAS 120A antenna on one of the balconies and a 2m/70cm groundplane on another. It worked great, but as the years followed I got less interested and months and years went by without being on the air. 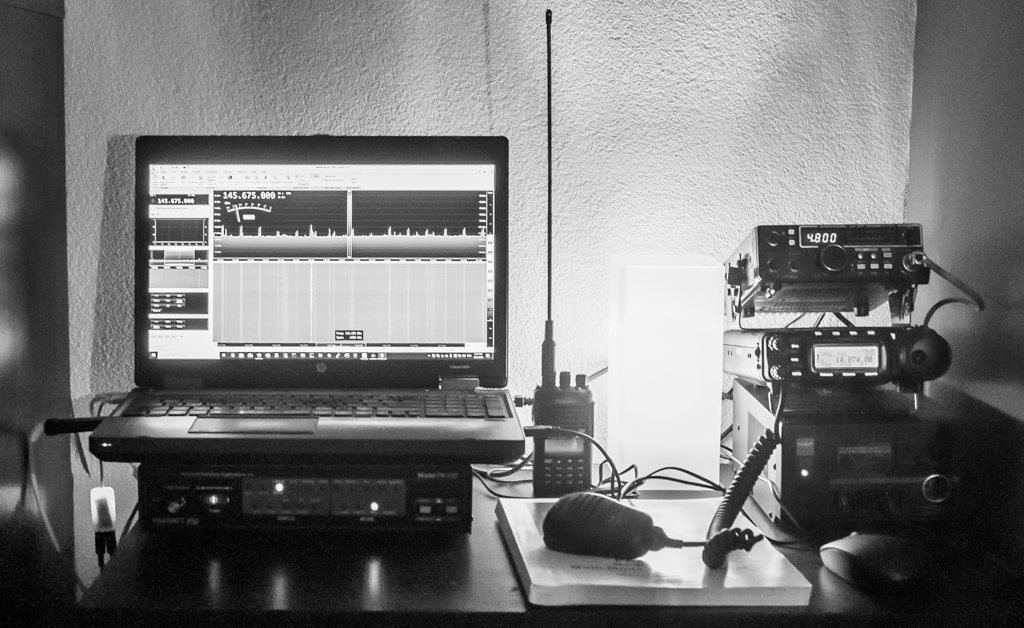 In 2018 I moved in with my partner who lives in Hoogvliet Rotterdam. At one day or another I moved my rig to his house and made my first self build dipole which performed horribly and even worse, the wires coming from the window to two trees a couple of meters further in the frontgarden were not really appreciated. But I already was getting hooked on ham radio by reading articles on the internet and searching YouTube for relevant videos, so I suggested moving my antennas from Sliedrecht to Hoogvliet and put them on the roof which is flat roof top.

And so it happened. A couple of months later the ATAS and the groundplane were on the roof, feeding cable (coax) was brought inside the house and I was on the air again!

To be honest, just partially… It wasn’t possible to tune the ATAS screwdriver antenna on 40 meters with my FT857D rig. A counterpoise was lacking I discovered later on. So I had 20 meters and 10 meters, but the latter band was dead as a dodo because of missing sunspots; the sunspot cycle was at its minimum. (In Holland, a novice licensee is allowed on 40, 20, 10 and 2 meters and 70 centimeters; on 40 and 20 not the complete band is allowed.) A ham radio community forum came to the rescue and I made a cross of chicken wire lanes on the roof which serves as the counterpoise. This time 40 meters could be tuned by the built-in tuner of my Yeasu FT857D! So happy happy, joy joy…

Now being active as a ham again, I wanted to upgrade to the Full license. So in October 2020 I joined a course being given by Arie PA3A of the Dordtse Electronica Club (DEC) using the DLZA learning environment. All tutoring given online by using Google Meet because of COVID19. And on April 14th, 2021 I did my exam and passed! When the result came in on April 28th I changed my callsign from PD0ALX to PE0ALX and now it’s waiting for the card from Agentschap Telecom to arrive, so I’m officially a Full licensed amateur and start operating on the new (and old) bands. Hopefully it will come in this weekend (May 1st) or two or three days later. I can’t wait!